Advertising Getting the Wakeup Call

Here’s a quote from the NY Times which I found courtesy of a Twitter from Guy Kawasaki. 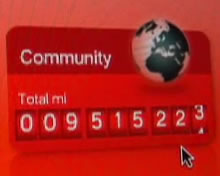 That’s Trevor Edwards, Nike’s corporate vice president for global brand and category management, speaking. One of Nike’s major marketing shifts is towards the Nike+, a small tracking device that works with an iPod and a Nike web site to track your mileage, connect you to others, compete and even support non-profit causes. I like this device, the online visuals are exquisite, and though my remodel job yanked me off the running wagon, you can see my enthusiasm for it in this post-run Beach Walks video episode.

It’s the same message Nate Smith (President of Oceanic Time Warner here in Hawaii) was delivering yesterday at the MegaComm Conference we both spoke at. Don’t focus on an “internet strategy.” Figure out how to support and talk directly to your audience.

And it’s what many independent media producers have been saying as well from a different vantage point. We are creating audiences of loyal, defined people who are attracted to our unique programs. The mainstream media outlets that for so long held the only access to consumers are being marginalized. And the increasingly manipulative tactics of mainstream advertising are suffering from the law of diminishing returns at the same time. Creators are also turning traditional pricing strategies on their heads too.

People have demonstrated that they want to connect, they want to know about stuff and about people, and they want to be in charge of when and how they do this. If you want to play in this game, think about how you can become part of a conversation, part of a connection. If you want to be part of the conversations, get online. It’s not the only place where the action is, but as the Nike example demonstrates so well, online tools give meaning and connection and tremendous scalability to the offline activities, that continue to feed and enrich the online community. It’s a truism I learned a long time ago from Multiple Sclerosis patient and pioneer, Jimmie Huega: the more you do, the more you can do. The less you do, the less you can do. The updated caveat: be sure some of your doing, is online!

To those who may disagree, Wired Magazine questioned, “Is Advertising Dead?” The publication date? February, 1994.

← Will I see you Honolulu colleagues at MegaComm tomorrow?
If Marines can have a sense of humor, so can you and I →