The internet is a fascinating place. It so rules the day for a certain subset of humanity, while many more others have yet to really dip their toes in. This week, we are seeing a dramatic shift in how we communicate online, why we communicate, and how we can be both transparent and in control at the same time.

Jason is the CEO of Mahalo.com, a human powered search engine. He was the co-founder of Weblogs, Inc. with Brian Alvey, and the GM of Netscape. Weblogs was sold several years ago and was one of the key markers putting “blogging” and “business” next to each other on the map. In Jason’s own words:

Today the blogosphere is so charged, so polarized, and so filled with haters hating that it’s simply not worth it. I’d rather watch from the sidelines and be involved in a smaller, more personal, conversation. 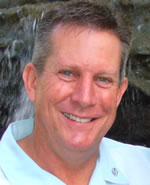 Meanwhile, most companies still have not even started to blog, and if you read this blog, you know there are many reasons why blogging can help your business. So to Robin Graf, General Manager of the Wyland Waikiki Hotel, who just started blogging last month (link has expired), I ask please don’t quit! There are literally these many vast mini-cultures that co-habit the internet space. Count me among the many who want to know what it’s like running a hotel in Hawaii.

What do we do about the trolls, and spammers, and haters?
There are w-a-y too many of them online for my pleasure. I do a combination of setting up filters and rules, followed by exercising my ignoring muscle. After 16 years of working online, it is herculean!

We share beautiful scenery, original Hawaiian music, and lots of Aloha and positive energy. Lame or rude comments will be deleted.

Starve these suckers of a platform and they will go away. One of the people on a friend’s paddling team sent a terribly nasty email to her coach, and BCC’d the entire team of 40+ paddlers. People that is not how you use email. IMO she should be banned from the team, at least for this season. And yes, now the club probably wants to have an email policy.

It’s really pretty simple, when it comes to blogging and business.

Be curious before critical. Add instead of subtract. Manage your manners.

Do that and you’ll be welcomed just about everywhere.