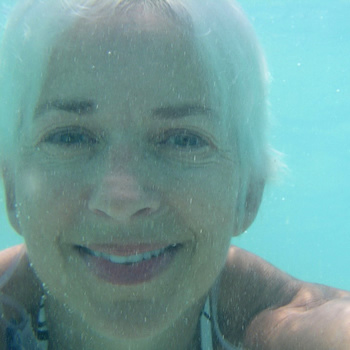 While lots of people are still figuring out what the heck “social media” even is, our own Roxanne Darling has been busy sharing her knowledge and good energy all across these Interwebs. She share’s this listing with manyother awesome women, including our friend and Hawaii neighbor Deborah Micek.

We’re currently at a point in our industry that is very similar to the way it was back in 1996. When the web was all new and people were first hearing about this cool thing called email. Back then we were building databases and trying to figure out the best way to connect them to websites, long before most companies even had websites. And Roxanne was already there, at the bleeding edge with her Mac laptop and Apple Newton to send email from a vacation in Thailand in 1997. Fast forward 12 years and she’s still living on the bleeding edge of video podcasting, Internet television, and all the new Social Media experiments happening today.

In a methodical post that looks at tangible measures (link has expired) of influence on the web in the arena of social media, Ron Hudson lays it out as he sees it:

In every industry there are a few people who are unarguably outstanding at what they do. In addition to that, they are typically charismatic, energetic, and creative. In an effort to find some of these people I asked my twitter friends to nominate people who they thought were some of the most powerful and influential women in Social Media. It was no surprise that they quickly and enthusiastically responded with the list of ladies below.

Rox landed in the top half, at #24, and this is based on our Bare Feet Blog, and doesn’t even include the awesome work she does over at Beach Walks with Rox (we just passed 700 episodes) and the amazing job she has done at organizing the “against all odds” first ever Podcamp + Wordcamp Hawaii.

We tend to be pretty low key and haven’t developed very strong muscles in terms of tooting our own horns. But I’m quite proud of the work that Rox does and the recognition her efforts are starting to receive.

And if you would like to know more about Social Media and internet video, Rox and Beach Walks with Rox has recently been featured in two new books now available:

And Jennie Bourne’s and Dave Burstein’s “Web Video: Making It Great, Getting It Noticed”