Why Are Advertisers Embarrassed by Advertising?

Posted on December 4, 2008 by Roxanne Darling 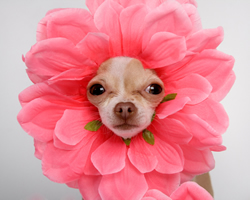 I suppose the short, snarky answer would be because some ads are sneaky, insulting, or manipulative – not the most virtuous qualities. They take things and make them into something they are not, to trick us into buying them. The lesson of social media is that people often actually like the plain old dog without the pink head dress as much or more. Adrants points this out frequently.

People love to buy and advertising is one of the most powerful ways of helping people find things to buy. As an industry, it is full of smart, creative, fun-loving people. Hence my confusion about why advertisers try to hide their efforts, when being transparent about them actually can serve them and us more. This post is about the advertising old school not the modernists (link has expired) in that field, who are too few IMO. This post is part of my desire to both shine light on discrepancies in advertising and to attract people who want to use advertising as a genuine tool to build better customer relationships, products, and long-lasting brands.

Speaking of long-lasting brands. Hawaii surely is among the top ten. But our tourism and ad industries have been resting on their laurels and hiding behind fakey fake advertising strategies for decades. Now is an opportune time to invigorate the brand and the way it is promoted – by letting down our guard and letting the genuine Aloha shine through.

This post was inspired by the relatively new site here in Hawaii, WOMF. I’ll get around to talking about it in a subsequent post. I realized I have some issues with advertising in general to lay out first.

Old School Advertising
Advertising has long been a leader in the art of manipulation however it also has become a servant of the number crunchers who must deliver an improved bottom line and who focus on and care about quarterly numbers, not the long-lasting strength of the brand.

Like many of us, advertising sometimes does not act as if it understands the cyclic nature of business, it does not take solace and confidence in the strength of the brands it has built, to use rich times to invest in capital improvements and people and to use lean times to invest in outreach and in learning.

The dawn of “web 2.0” aka “the social web” is a literal boom time for business that remains largely untapped. The tools are mostly free, and incredibly cheap compared to traditional media campaigns. The main investments are in time and understanding. They are surprisingly accessible to both small companies and large enterprises. They are deceptively simple to start and deceptively difficult to execute well.

I would say the two secret ingredients to successful implementation are understanding transparency and how your customers (on the web we call them “users”) are increasingly empowered.

Understanding Transparency
This is perhaps the most antithetical concept to traditional advertising. Advertising is synonymous with manipulation. It started with teaching students the 7 deadly sins and how to use them to appeal to buyers’ lesser instincts (link has expired). Now it is done by gathering volumes of data and filtering it for patterns, then establishing software-based triggers to display targeted ads from high-tech inventories. The results are in though, and according to a recent Gallup Poll, advertising practitioners are now among the least trusted professionals.

The alternative is a concept touted years ago by the business guru, Dr. Edwards Deming, who studied Japanese business practices and brought us the concepts of “kaizen” (continuous improvement). He also recommended “opening the kimono” to share business practices and the rationale behind the products. To use genuine intimacy as a way to build relationships. To make great products people will want to buy, from the brands they consider to be friends if not always peers.

It turns out transparency is one of the attributes customers want most. It turns out the faked up (though pretty) version of your brand is often less appealing than the real deal. People who had no desire to visit Hawaii now really want to come, and have come, because of our “user generated content” aka Beach Walks with Rox. We started filming the winter of 2006, when it rained for 40+ days and sewer overflows closed the beaches! People still watched, and their understanding of and love for Hawaii grew.

Empowered Users
In the time before internet, communication channels were limited and controlled by the few. Product creators had the exclusive ability to set price, features, and dictate the messaging. Customers’ only job was to buy the damn stuff. Advertising was the tool used to communicate the “buy now” message and the mechanism to make sure we felt good about it. A good ad had customers feeling happy about being snookered, as the purchase conferred various “better than the Jones” traits at least as much as usefulness or genuine pleasure.

Then along came the internet. The Cluetrain Manifesto was born in 1999, declaring new rules for the new game on the new playing field.

A powerful global conversation has begun. Through the Internet, people are discovering and inventing new ways to share relevant knowledge with blinding speed. As a direct result, markets are getting smarter—and getting smarter faster than most companies.

So we have this rich, conversational internet happening, and the bloom of social media and social networks almost everywhere I turn. There are incredible opportunities for brand-building and even transactional results. Dell has sold over $1 million worth of refurbished computers on Twitter. More than ever people want to tell their friends about the things they love.

I think advertisers can learn to hold their heads up high. I’ll talk soon about how the Hawaii version of WOMF can do this, though there are plenty of hints already here in this post.