Going From to Free to Fee, Consciously: Yes We Can?

Posted on February 2, 2009 by Roxanne Darling 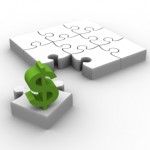 Chris Anderson has added his voice to the many discussions of how the internet economy which is all about the free is facing cash shortages and reality checks as the economy tanks. He is optimistic that free will survive, yet not by itself. Just as Bernie Madoff’s run came to end, just as the lousy mortgages finally ran out of buyers, I too think the “everything must be free” mindset is ready for an upgrade. It’s not an all or nothing proposition – though I do think it is useful for those of who do appreciate value in the marketplace to speak up.

What about the oldest trick in the book: actually charging people for your goods and services? This is where the real innovation will flourish in a down economy. It’s now time for entrepreneurs to innovate, not just with new products, but new business models.

At least our darling software developers are creating things of wonder and efficiency and playfulness, and not robbing us in our sleep. But they too will have bills to pay as we consumers greedily consume all that we can byte while dreamy-eyed investors who have amnesia from the last bubble bursting still pony up the cash to run server farms.

Obama is asking each of us to step forward and take responsibility for how we affect change in our hearts and minds, our communities, our nation. It seems to me we also have the opportunity to mature in our understanding of energy transactions. To want to actually give back to a developer who has created something of value. To stop feeling one-down because we paid for something even if a poorer quality version is available at no charge.

Increasingly, I see this happening. (But then again I am an optimist so I seek out signals that support ideas I believe in.) As of today, about 43% of the respondents to Guy Kawasaki’s survey question, “What Would You Pay to Use Twitter?” would be willing to pay $5-$20 a month. You can folow the ongoing discussion about this topic on twitter directly, where many actually are willing to pay for this service.

I am blogging about this to put forth my wish that we as a consumerist collective continue to dismantle the chains of the old top-down commerce systems. However I don’t want us to end there – with a big pile of rubble that you can pick through for free, though sure there is treasure in that trash.

I really want to see innovative ways of sharing all the forms of value – attention, time, money, love – becoming more balanced and more granular in their transactions. I don’t see a whole lot of buzz and excitement around creating new business models the way there is around creating new iPhone apps. So this is one topic I am meditating on this year. Because as Thomas Friedman says about the economic crisis, “The fact that there is no single pill doesn’t mean there’s nothing to be done.”

I think it will take a combination of:

We have gone from buy-sell to buy-sell-share-steal. How much are you willing to change your buying-selling-sharing-stealing habits to create a broader base of sustainable wealth for companies and the individuals who both create them and use their products?

I am very willing, just not anywhere near as clear just yet as to how. So I leave with one of my current favorite Einstein quotes:

No problem can be solved from the same level of consciousness that created it.