Ethics in Social Media: A Glossary 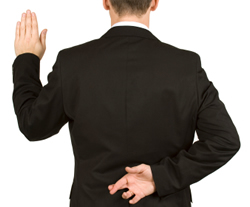 This Friday, our local chapter of the Social Media Club (founded by yours truly) is having a panel discussion on Ethics in Social Media. It’s a hot topic all around, as social media lends itself to some highly unethical practices and characters! The good news though, is that the conversational nature of the social web exposes many of these deliberate and accidental faux pas so the rest of us can learn from them. I thought it would be handy for those of you new to social media ethics to have a glossary of terms and issues that have arisen. As with all good things in life, perfectly reasonable people may disagree!

First – The Guiding Principles of Social Media
Transparency, Truth, and Trust.
Chris Heuer, founder of the Social Media Club, articulated this well here. Be who you are, provide evidence of who you are, respect others and over time you will build trust.

Second – Conflicts of Interest
As bloggers, podcasters, marketers and PR professionals adopt social media tools and tactics, they are often caught in the middle of problematic situations. You are being paid to represent a client – but what if said client wants you to not be transparent, truthful, or trustworthy? How far will you go and what damage does your brand risk? When you are conversing on social networks, how, what, and when do you disclose your business relationship? Tamar’s post on the Zicam controversy addresses these questions.

The conversational web and the laxity of so many rules of the conversation itself along with innovative business practices and well-intentioned attempts to think outside the box sometimes have unintended consequences though. These conflicts are where many of the problems arise.

Third – Disclosure
Stowe Boyd has identified a rating scale that covers the many combinations and permutations of advisory interest and financial interest. The FTC is looking into the practice as well, as I blogged about here and here. Here’s a good example of a PR professional (Todd Defren) who discloses when he is Twittering on behalf of a client.

The Glossary – Add to Your Vocabulary and Your Business Practices

Astroturfing – These are blogs deliberately intended to create content that appears to come from a “grass roots” organization but is actually being produced by a PAC, a PR firm, or some other groups wanting to influence a conversation without admitting their true goals or funding sources. It breaks all three rules, of transparency, truth, and trust. All around bad news.

Blogola – like it’s sister payola, it refers to bloggers receiving products and services in exchange for media coverage. It’s also known as Pay-Per-Post, and traditional “fam trips” for travel bloggers also fall into this category. Well-known and loved blogger Chris Brogan spent far more hours defending his actions than enjoying the $500 shopping trip at K-Mart. He lost some followers too though many said K-Mart was smart to find such a popular person of influence with whom they could spend very little  money and gain an incredible amount of publicity. Chris nails the main underlying issue for many bloggers in this statement:

By the way, another point on this: I don’t ask you for money. I give you everything for free. Somewhere, I have to make money, or my kids don’t eat. Would you rather I ask you for money? Someone always pays for the meal.

Todd Defren has a good summary post on the practice of blogola. The Word of Mouth Marketing Association (WOMMA) has an extensive code of ethics here. The problem is not the exchange of goods and services for coverage – it is the who, what, how, and when that moves the business relationship from above board to below board.

Brand Jacking – This is when an unauthorized person or persons pose as a someone or something they are not. One of the better known cases was “Janet” who created a Twitter profile for Exxon Mobile. She didn’t last long, as the community questioned her extreme statements and Jeremiah Owyang (a Forrester Analyst) contacted Exxon directly for comment. (I hope you have set up Google Alerts for your brand! If not, go to KnowHow Cafe and get on our mailing list so we can help you.)

Character Blogs or Personas – these are  blogs that are written by an alias or an obvious person who is not real. My friend Toby Bloomberg created one years ago for one of her clients, though some early bloggers insisted that only real people should have blogs. But there is a  business case (and an opportunity to have some fun) for bona fide character blogs. Another colleague, Dave Peck, created the persona of Britney Mason who started as a character in Second Life and took on a life of her own. (This can apply to Twitter and accounts on other social networks as well as on blogs.) On the other hand, Whole Foods CEO really crossed the line by posting on stock message boards under an alias name, attempting to influence the stock price of an acquisition.

Flogs – aka Fake Blogs. Walmart and their PR firm Edelman suffered considerably when they pretended to feature two “real people” Walmarting across America. Edelman was suspended from WOMMA for 90 days and now will not work with bloggers who do not disclose their sponsorships and compensation, regardless of how small it may be.

GMOOT – An acronym that stands for “Get me one of those!” This is the phrase often shouted by CEO’s to their ad and PR agencies, thinking that viral web successes can be pulled out of a tactics and strategy handbook. They can’t – that’s why they are called “viral.” Money cannot buy you influence on the social web; remember it comes from Transparency, Truth, and Trust.

Shill – Direct from Wikipedia: “A shill is an associate of a person selling goods or services or a political group, who pretends no association to the seller/group and assumes the air of an enthusiastic customer. The intention of the shill is, using crowd psychology, to encourage others unaware of the set-up to purchase said goods or services or support the political group’s ideological claims. Shills are often employed by confidence artists. The term plant is also used. Shill bidding, found on many auction sites such as eBay, is punishable by law and may result in fines and or prosecution.” See “Astroturfing” above for more. (Hat tip to Dave in the comments for this one.)

Sock Puppets – See the discussion above re: aliases or personas. Sock Puppets are the paid marketers who pose as community members to create content on behalf of a client or their own company. There’s an example here. (Hat tip to Dave in the comments for this one.)

Splogs – aka Spam Blogs. Due to the magic of RSS, any creep with a little programming skill can buy hundreds of web domains, put up a quick free blog, and populate them with legitimate content from others (via RSS) then fill them with Google ads and hope people land there and click. Bad news all around.

Wikipedia – “Wikipedia’s 13 million articles (2.9 million in the English Wikipedia) have been written collaboratively by volunteers around the world, and almost all of its articles can be edited by anyone who can access the Wikipedia website.” There is Wikiscanner – A cool tool that discloses who is editing what pages on Wikipedia. By examining data including IP addresses, you can see if companies are the primary (self-interested?) editors of their pages. The Church of Scientology was recently banned from editing any articles on Wikipedia for “repeated and deceptive editing.”

Did I miss one of your favorite social media ethical dilemmas? Please do leave a comment!

← KnowHow Café: Where smart people go to get smarter about the social web
Twitter, Facebook, Denial of Service Attacks →