Hey, want to join me in retiring these words, “It’s just a fad?” First of all, so what if it is? Fads generate some of the most awesome fun and out-of-the-box energy we have in our lives. Second, many things that are described this way, actually represent newfound changes in our world, and survive to become a permanent part of life on earth! Calling it a fad is supposed to somehow be demeaning. I think in fact, it merely reflects on the speaker. 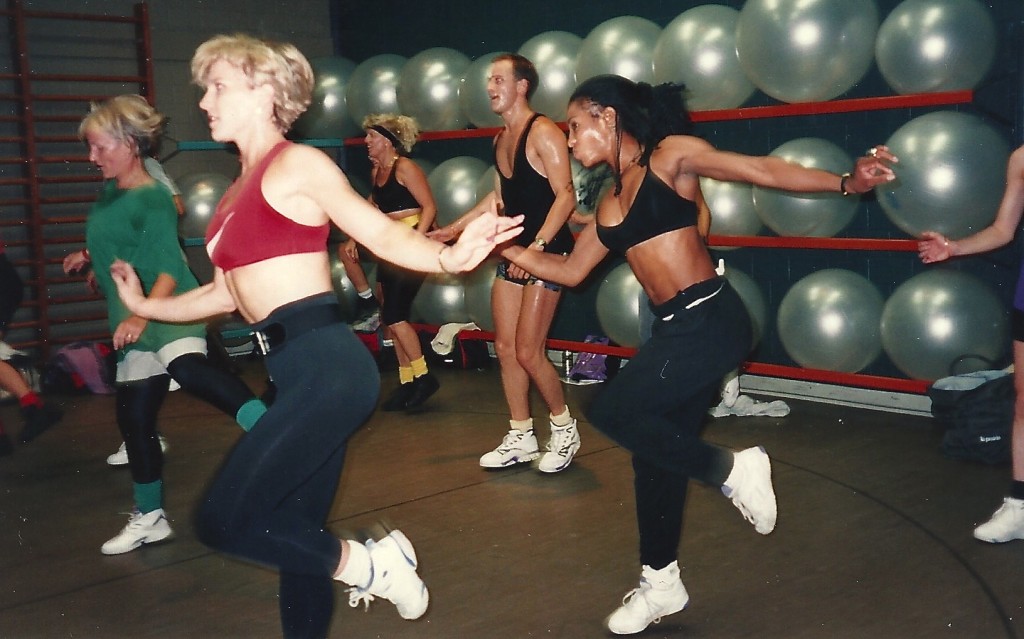 It’s just a fad: Of course that was said in the 90’s about the Internet. It was said in the “00’s” about blogging and social media. It has been said for decades about self-help. It was certainly said about aerobics and fitness back in the 80’s.

Yet these “fads” are now fully functional factors in our day-to-day lives.

Recently I re-friended many old colleagues who I knew in the 80’s. We were the first group of fitness pioneers – the ones who started the aerobics craze (as it was called), the ones who wrote the initial certification exams, the ones who developed aerobics as a competitive performance sport, the ones who expanded jumping jacks and sit-ups into mind-body fitness and some forms of modern yoga. Meeting up with them again, I was thrilled yet not surprised to see them all glowing! Still incredibly optimistic, healthy and fit, radiating a large degree of what we would call spirituality and personal growth – continuing to inspire others to extract every last bit of laughter and grace out of this lifetime. I feel so uplifted!

The other thing I noticed (that I had never really paid attention to) was the incredible diversity of our group of pioneers! We were gay, straight, black, white, US, Brazilian, German – you could not have scripted a more diverse group of people. If you happened upon us at any gathering outside of the class studio, you would have experienced constant laughter, hugging, and more dancing! So it turns out we were pioneers in more ways than one.

Check out this episode of Tosh.0 – the first aerobics championship (for which yours truly wrote the competitors rule book and served as the head judge). [Some of that site is NSFW.]

A small flashback to the 80’s

I have so few pics from these days! 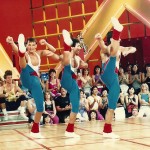 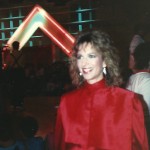 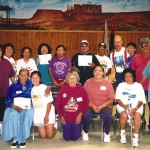 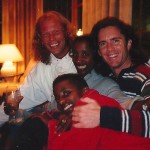 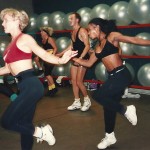 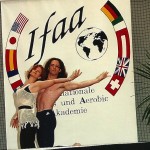 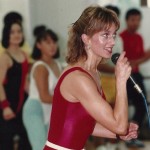 Rox (aka Annie) leading a class in Tokyo for the first American College of Sports Medicine Certification outside the USA. 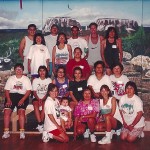 Then, today I trip across this Peruvian Prison Aerobics Class video.

It is of a convicted kidnapper in Peru, leading an outdoor aerobics class at a prison to over 1000 inmates! This is what we have been talking about people! If only my classes had been as color-coordinated and organized! #Dream!

I am honored to call myself a former aerobics instructor. It has taken 20 years to really feel that as I took on too much of the criticism of aerobics as a fad, as vanity, as frivolous. Some part of me knew it was not – just ask any of the thousands of American Indians who attended my week-long community fitness workshops and went on to transform their communities. But that kid inside me, that monkey mind, kept holding out that it was not a profession but a gathering of cheerleader wannabes wearing too much makeup and not enough clothing. I extend my apologies – to my colleagues as well as myself.

I am incredibly happy to have contributed in my small way to this phenomenal event that took place in Peru and in millions of gyms and church halls around the world. One of my favorite times was actually in the Marshall Islands, doing aerobics in the dark, using a battery-operated boom box, with women who did not want anyone in the community to watch them. They had diabetes and had been exposed to nuclear fallout from the U.S. bomb testing in the 50’s; I was there as a volunteer on a mission with the Department of Energy.

So please do me a few favors: watch this Peruvian prison aerobics video for some awesome inspiration.

Then go forth and indulge in one of your favorite fads! That’s the only way to make sure it keeps on giving you joy. That goes for your business too!

P.S. I changed my name in December 1999. I was known as Mary Anne Benton or Annie Benton in the great 80’s.