Posted on November 2, 2013 by Roxanne Darling 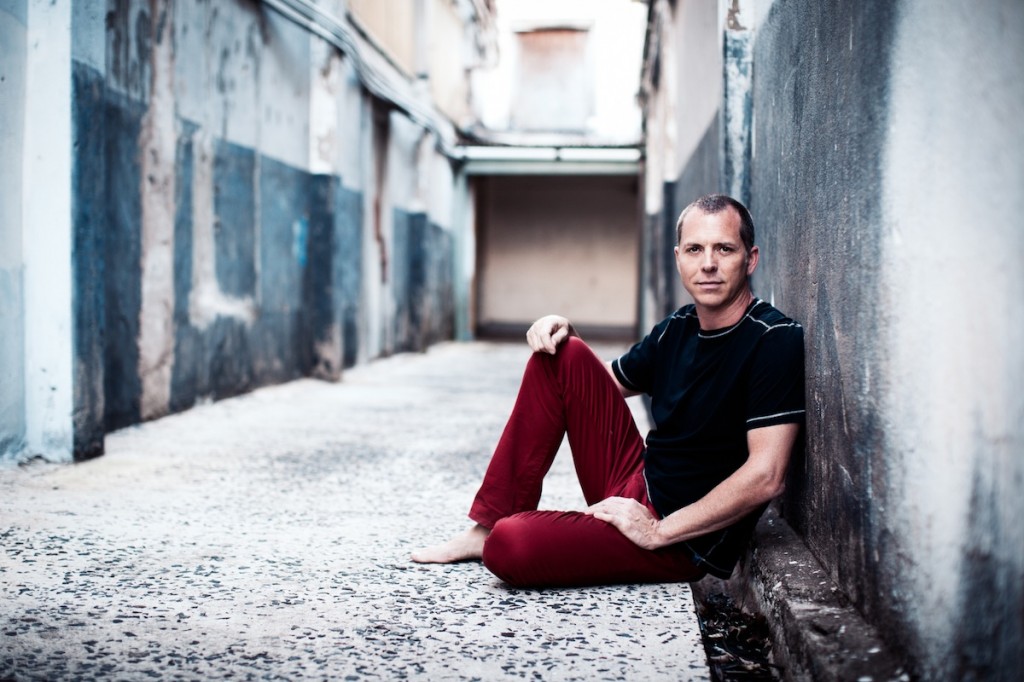 Shane Robinson is the original founder of our company and very committed to bare feet in his life. He can program computers, design and build furniture, make art, cook (clean – if he “has” to), train dogs, and fix almost anything. He’s really amazing at how he learns new things and can trouble-shoot anything mechanical or digital. The Maui artist in him is fighting its way to the foreground, with an occasional drone quad-copter spin.

Shane was Podcaster #32 in the world – one of the first to use that new technically in the fall of 2004.
Cameraman and tech guy of Beach Walks with Rox internet tv show – numerous awards and over 2 million downloads
Featured in COLOR Magazine in 2010
His painting, Edge : Green was purchased by the Hawaii State Foundation for Culture and the Arts
Artwork accepted into the First International Mobile Photo Awards – a Juried Exhibit
Founding member of the Social Media Club parent organization.
Featured in: Social Media Marketing: An Hour a Day

(Amazon)
Featured in: Web Video: Making It Great, Getting It Noticed

Shane grew up on a commercial working farm in Iowa owned by his grandfather. He worked seven days a week, feeding and caring for pigs. He opened his first business, a dance club for teens, when he was in high school and did much of the build out himself. He also started programming his first computer, a Commodore. Meanwhile his friends called him “copy machine” because he could draw whatever he saw. He managed to escape the hard life of manual labor and earned his Bachelor in Fine Art degree from the University of Iowa. He ran an art gallery in Madrid, New Mexico and apprenticed with a fine furniture maker, continuing to merge his creative and commercial interests.

One of the legends of Shane is that he heard of a job opening at Kinko’s in the computer design department back in 1995, so he rented several hours of computer time overnight and taught himself Pagemaker, Photoshop, Illustrator, and Quark Xpress. (Yes, they were the 1.x versions back them…) He sailed through the interview, and before long, he was itching to open his own company after meeting up with a database programmer he met via the Kinko’s rental computers.

Shane went on to become an accomplished programmer, system administrator, database developer, and information architect. These days, he is well known as Secret Cameraman on Beach Walks with Rox and is a great dog trainer whose bark is worse than his bite. Shane is a brilliant trouble-shooter and information architect, and with his art degree, he adds finesse to all of our projects.

He manages all programming, server administration, and application development for our web work. If you don’t know what any of those words mean, just think of Shane as the wizard behind the curtain who makes things on the internet work so well for our clients, our nonprofits, and yes our family and friends call on us too.

Shane’s re-emerging career as an artist started picking up in 2010 when his good friends the Bui Brothers (Lan and Vu) urged him to get a DSLR camera. By accident, his abstract ICM work was among his first shots as he was methodically teaching himself the technical tool, and they literally took his breath away! You can see them here. His first iPhone art pieces won awards and were featured in COLOR Magazine in 2010. One of his first large abstract paintings was accepted into the Hui Noʻeau Juried Exhibition in 2012 and was purchased by the state of Hawaii for the permanent art collection.

He recently completed a large commission for the Andaz Maui at Wailea – Maui’s newest luxury hotel. Roxanne coined this term for much of his work: Pixels are the paint of the 21st century. He moves seamlessly back and forth between acrylic and iPad, between building his own panels and “app-i-fying” his creativity.

Photo Credit: Tracy Wright Corvo Portrait Photography
Tracy is a friend and a client and we adore her and her work!