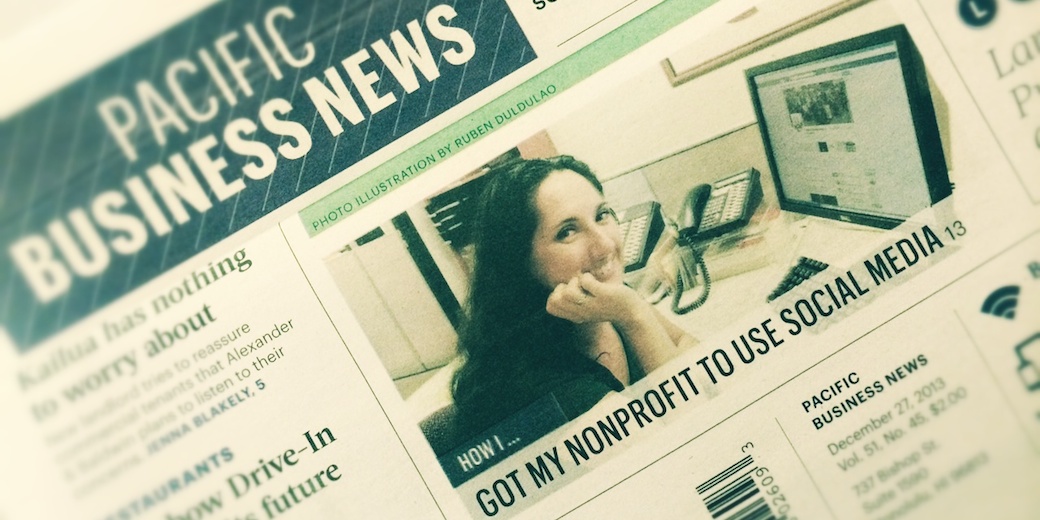 Let me introduce you to my client, HCAP – Honolulu Community Action Program, Inc. They are among the top 10 largest nonprofits in Hawaii, with a wide range of services being provided across Oʻahu. I have been working with them for the past few months as a Social Media Executive-in-Residence. Somewhat surprisingly for an organization of its size, it had managed to…

Last week I collaborated with two of my Social Media Club colleagues, Philippe Tassin and Tara Coomans in a three-hour consultation with the very cool folks at Montgomery Motors. If you don’t know them, they are a sixty-plus year old, family-owned, and Hawaii-born and bred company that sells motorcycles and related cool gear. There are a number of things about this meeting…

Posted on September 8, 2010 by Roxanne Darling

When speaking to newbies about the what, where, why, and how of social media, I often remark how social media seems to help business people actually have fun again with their business! We all go into business because we like doing something – be it fixing cars, flying planes, making muffins, or creating ad campaigns. But then we get bogged down with…

Posted on January 4, 2010 by Roxanne Darling

About a year ago I founded the Hawaii Chapter of the Social Media Club. It is part of a international nonprofit organization of social media practitioners and exists to develop and share best practices and ethics on the social web. One of the first goals we had was to get the word out in the community about our organization. My fellow volunteer…

Ed Morita is the pastry chef at Longhi’s, a popular restaurant in Honolulu. He tells us how he is using Twitter to build his personal brand, drive traffic into the restaurant, save his job, and spread the Aloha! Filmed at the ING Direct Cafe in Waikiki, Hawaii at the March meeting of the Hawaii Chapter of the Social Media Club. Ed supplements…

BizNet on Podcamp: How to Do a Skype Interview

Posted on October 4, 2008 by Roxanne Darling

I was interviewed at 7 am this morning by Shauna Nicholson of BizNet Internet Solutions. You can watch the interview below to learn more about Podcamp Hawaii. Shauna knows her stuff and this process illustrates a number of great examples (and a few opportunities for improvement) for conducting successful interviews using the social web, and Skype in particular. All of this has…